In 2010 Tom Hoar concentrated on a series of paintings from Afghanistan, collaborating with his brother-in-law, a Persian interpreter for the International Committee of the Red Cross (ICRC).

Increasingly proving himself to be one of the most talented horse painters of his generation, Tom Hoar took inspiration in particular from the Buz Khasi in Mazar i Sharif, Afghanistan.

The Buz Khasi is a form of polo involving unlimited competitors, where the object of the game is to battle opponents for possession of a headless goat and bring it into a circle drawn in the sand - the 'circle of justice.’  It is centuries old, played out on the finest stallions, and lies at the heart of the culture and spirit of the Afghan people and their heritage.

Working from photographs taken by his brother-in-law whilst dealing with the effects of the conflict as he interacted directly with the locals via the ICRC, Tom Hoar presented a community continuing in the midst of war, and a country and its culture beyond the frontlines and headlines.

As Tom explained, ‘The greatest art civilises man, creates identity and builds nationality. Civilisations were built on their arts and a nation is judged by its heritage.’ 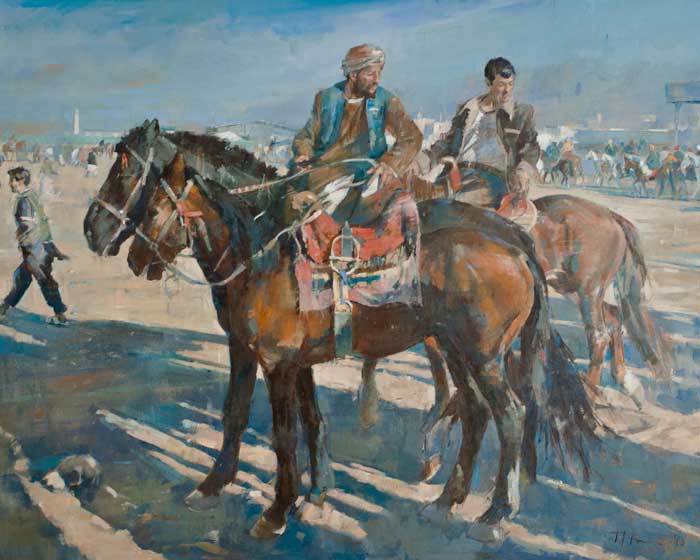 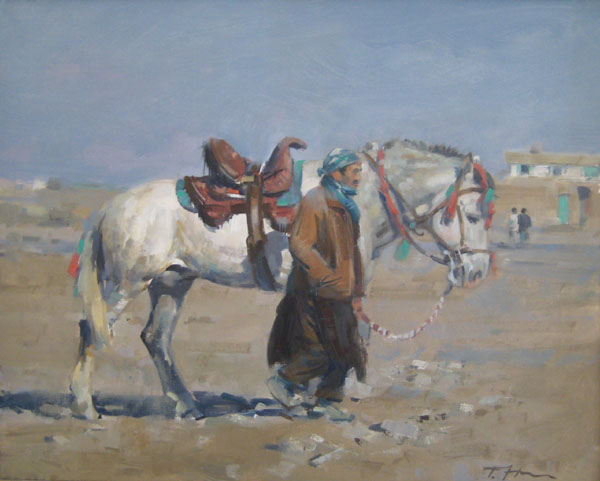 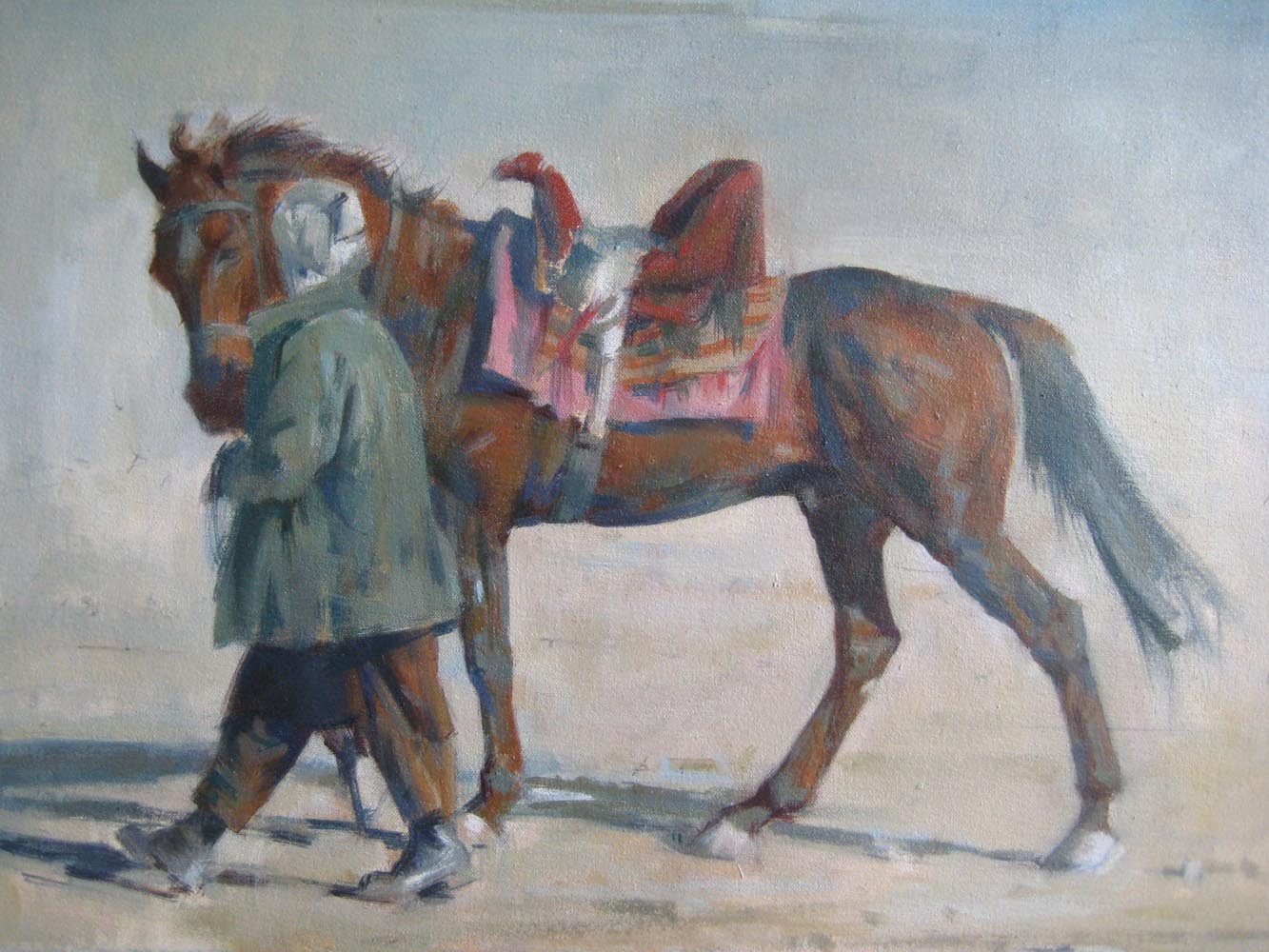 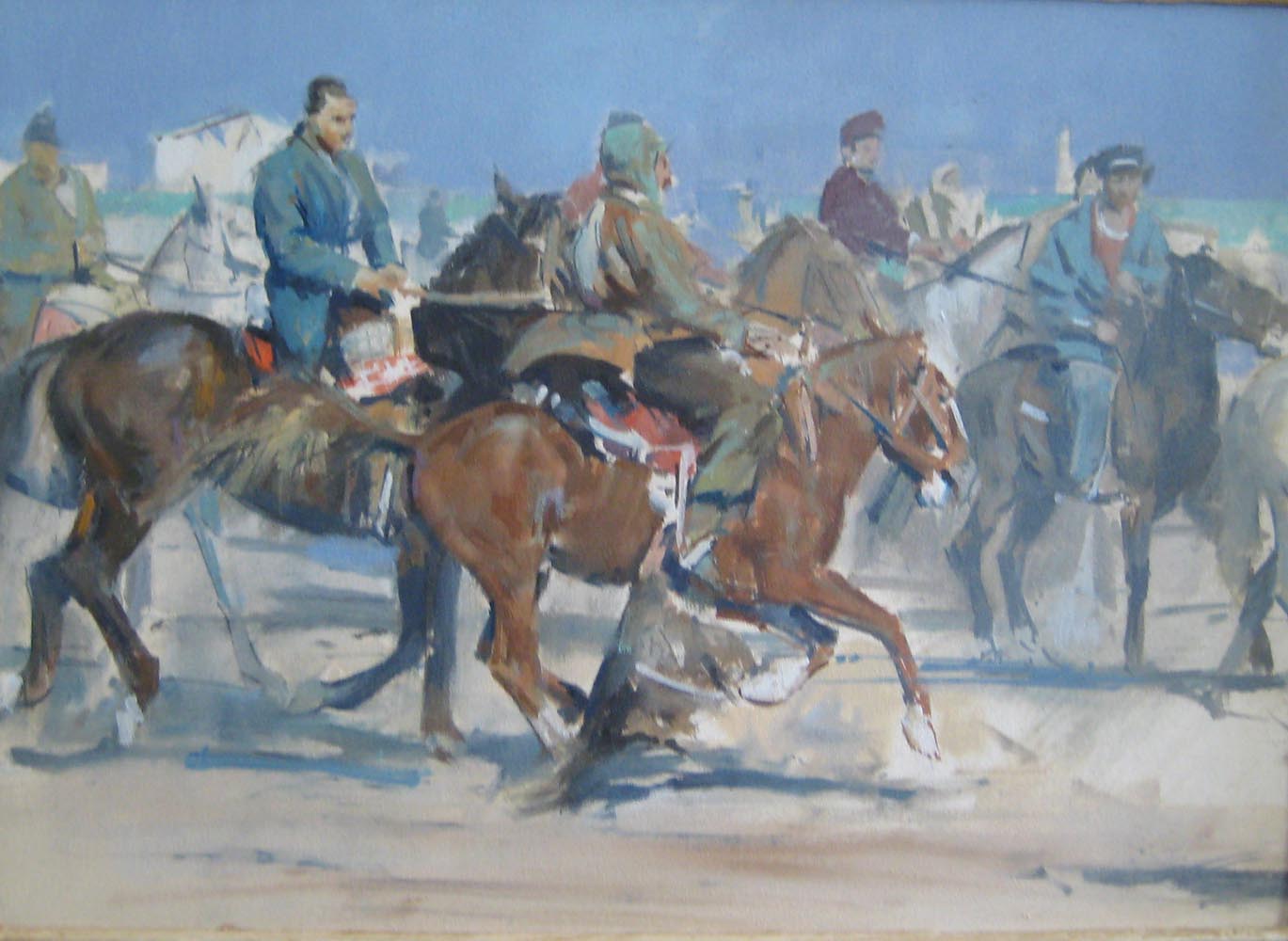 The Battle for the Boz, Mazar-i Sharif, Afghanistan 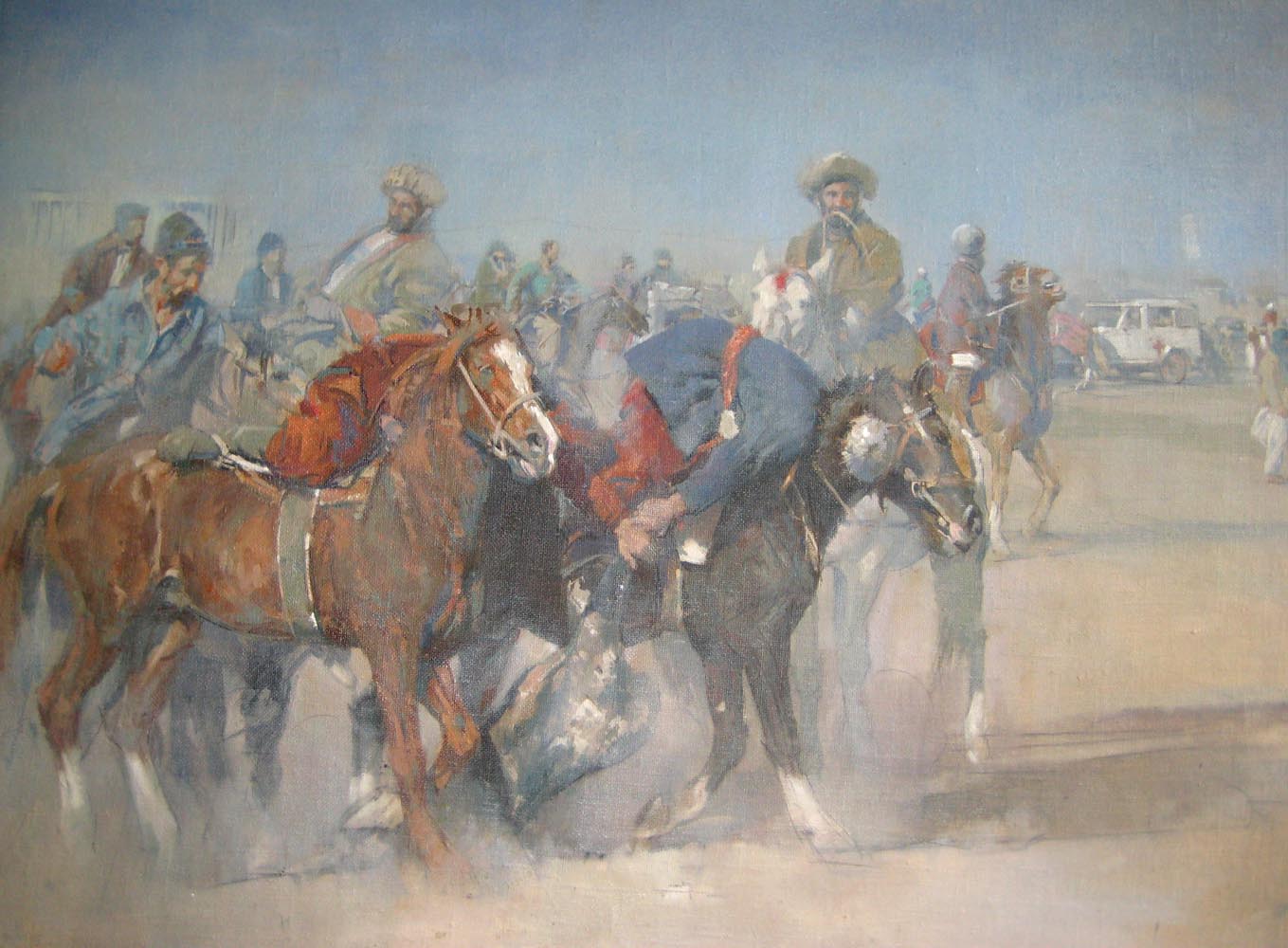 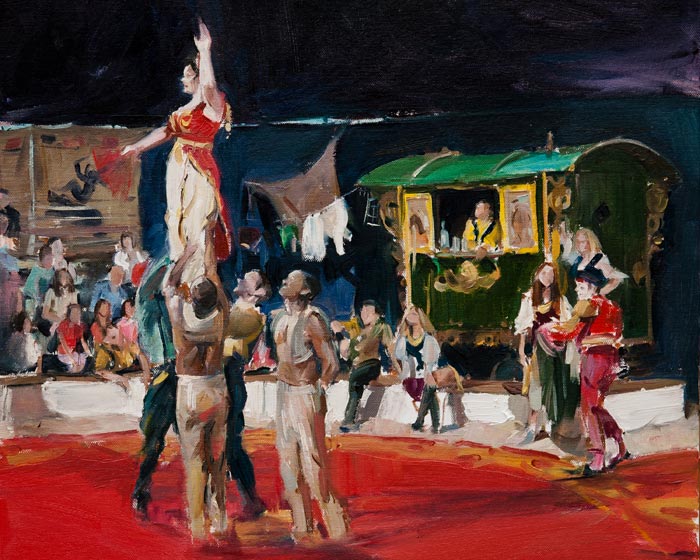 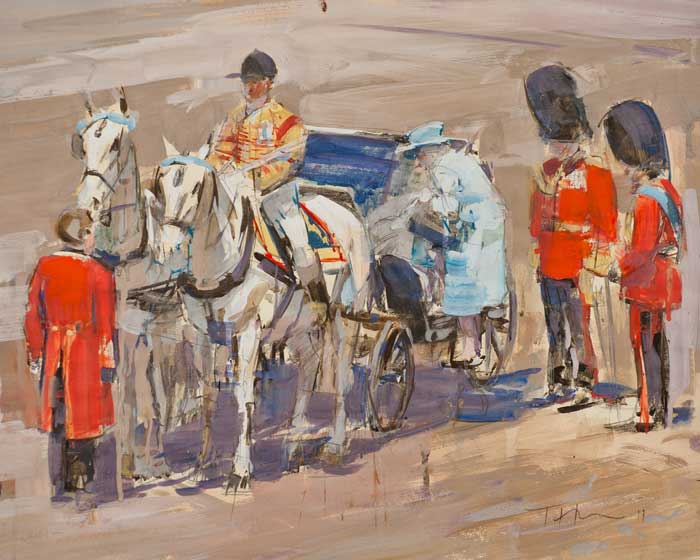 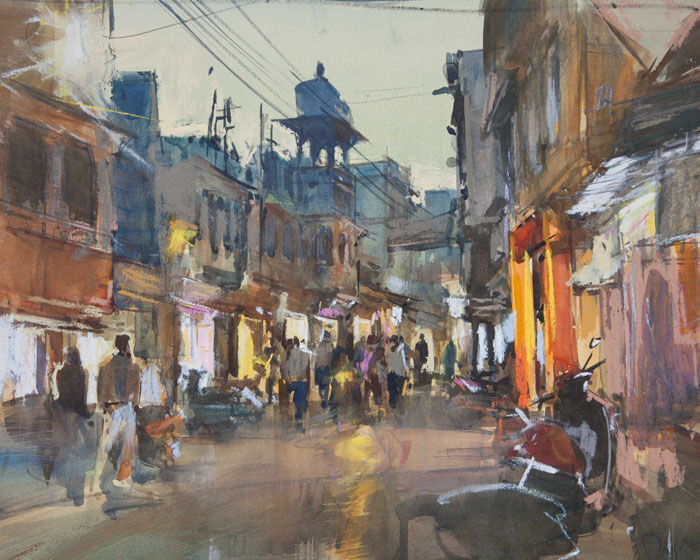 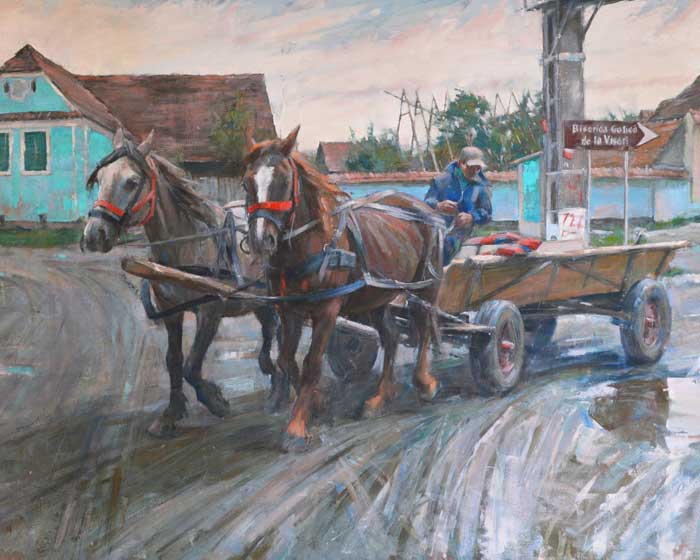